This paper provides an excellent overview of the current status of Mining Rehabilitation around the world. It provides a history of mining rehabilitation processes and describes the current trend towards using “geomorphic” approach, including the software design and analysis tools that are available.

Please view this link to view a recently released 13 minute video that provides an overview of Natural Regrade and the latest software features that have been implemented in 2018.

Bugosh accompanied Dr. Ziv as they viewed more than 2000 acres of mining-disturbed lands at active and fully reclaimed mine sites to see how companies are efficiently constructing these functional landforms during mining and how the land has responded after reclamation.

Dr. Ziv, a spatial ecologist, was very impressed that the reclaimed land provided ecological niches that support a diverse ecosystem and that the sites have withstood extreme storms (approaching 200-year recurrence interval) without requiring maintenance and repair.

Following the tour, Dr. Ziv said he was excited about the opportunities to use Natural Regrade with the GeoFluv method for proposed large mining projects in the Israeli desert. 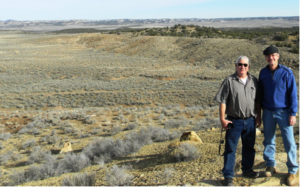 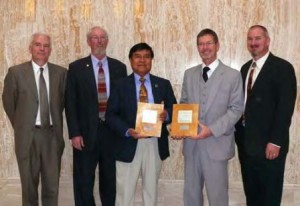 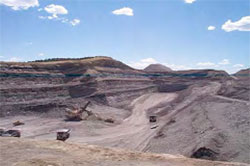 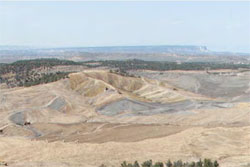 Coal company gets award for reclamation

By: The Associated Press

FARMINGTON, N.M. (AP) – The San Juan Coal Company has received a national award from the federal government for a reclamation project at its La Plata Mine in northwestern New Mexico.
The company received the award for exemplary coal mine reclamation because it used the best technology currently available to control erosion and sedimentation and to improve wildlife habitat and other environmental resources.

The state Energy, Minerals and Natural Resources Department nominated the reclamation work at La Plata Mine. Their nomination was one of four mines nationwide to receive the honor.

Since 1986, the Interior Department’s Office of Surface Mining has presented awards to coal mine operators who have completed exemplary reclamation. A similar program for abandoned mine land reclamation began in 1992.

(Copyright 2009 by The Associated Press. All Rights Reserved.)